ICANN published the beta (pdf) of its gTLD Marketplace Health Index today. Here are some graphs I found interesting.

These graphs only refer to gTLDs, not ccTLDs. 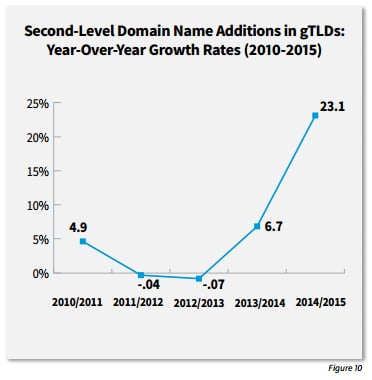 Geographic top level domains are more popular than IDNs, at least in terms of registration volume: 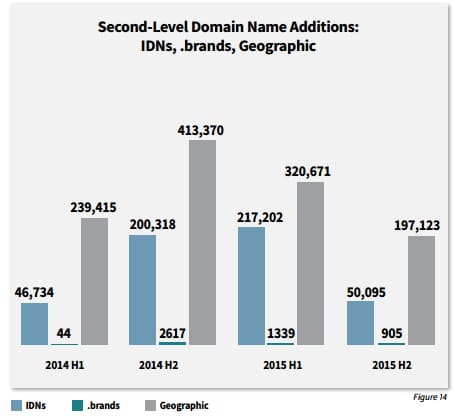 Domain owners are losing fewer cybersquatting arbitration cases than they used to. Not only is the number down compared to 2012-2013, but 2014-2015 include the new URS cases!

Source
You must log in or register to reply here.
Similar threads