ICANN records the total number of W-2 employees on its tax returns, but these numbers are based on calendar years instead of financial years. ICANN’s financial year ends in June. 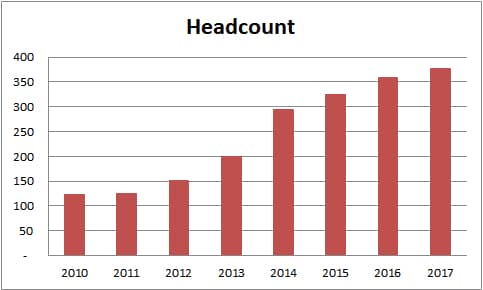 The number of six-figure employees has also grown. The chart below shows the number of employees reported on the tax return as earning $100k or more in reportable income. I believe these numbers are based on the end of the calendar year, so data from FY 2016 is actually from December 2015. I also understand that this data does not include non-reportable income, such as the generous contribution ICANN makes to employee’s 401(k) plans. 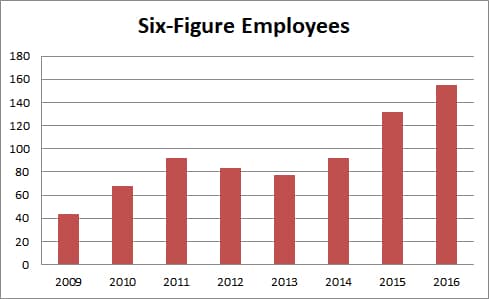 Source
You must log in or register to reply here.
Similar threads