An analysis of Coinmarketcap’s top 20 altcoin listings shows a depressing picture as Bitcoin’s surge leaves many struggling to stay above multi-month lows. 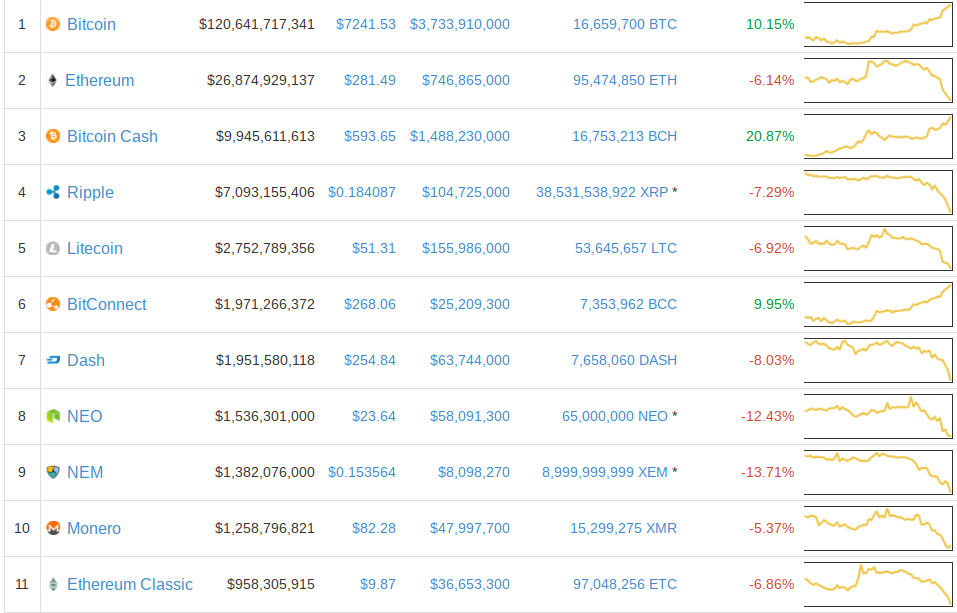 Altcoin losses extend to Ethereum, which lost over six percent in 24 hours, while fellow fork Ethereum Classic (ETC) dropped to its lowest BTC and USD price since May.

Bitcoin meanwhile is posting highs elsewhere, its market dominance reaching 62.4 percent - a climb of 2.2 percent in the past day.

Wall Street news propulsion and feverish activity prior to the SegWit2x hard fork are combining to increase market focus solely on BTC, with an altcoin resurgence failing to materialize since August.

Source
You must log in or register to reply here.

Rick's yet another musing: 2-Minute Guide to Domain Name Valuations!!

CHECK IT OUT : Loser.com forwards to an one minute "Republican Voters Against Trump" video

Amazon gets its dot-brands despite last-minute government plea