Staff member
Trace Mayer tweeted that he believes Bitcoin is currently undervalued, and that his target price for this coming February (only four months away) is $27,395 per Bitcoin. He bases this prediction on the steady increase of Bitcoin’s 200 day moving average. Mayer is extrapolating the rise of the 200 day moving average, assuming it will reach $5,767 by February. If this is the case, he asserts that a per-coin value of 4.75 times the moving average, or $27,395, would be a “fair” price. 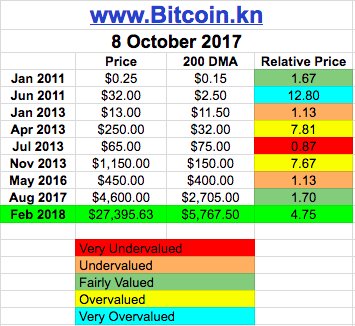 Source
https://twitter.com/TraceMayer
You must log in or register to reply here.
Similar threads